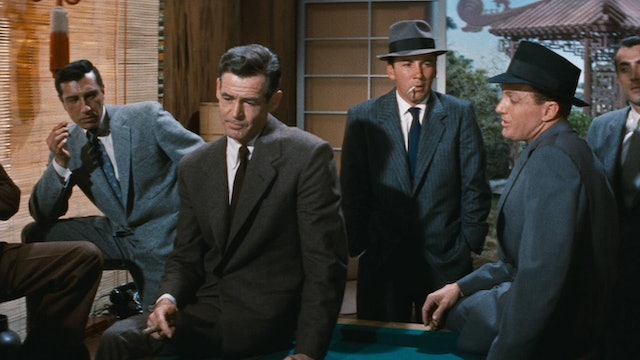 Thriller, action, by Samuel Fuller, United States, 1955.
In post-WWII Tokyo, Eddie Kenner receives a special assignment from the US military to investigate a gang of assassins led by former soldier Sandy Dawson. Kenner makes contact with Dawson and joins his gang, earning their trust as he begins an affair with Mariko, the wife of a murdered gang member. But Dawson suspects a traitor among them when the police are notified of a planned robbery. The Bamboo House is a remake of William Keighley's noir, The Street With No Name. Fuller took the essential structure of the story and transferred it to postwar Japan. The result is a much more vital film, with greater character depth, fascinating photography and sets, and a truly breathtaking ending. A unique noir and one of Fuller's best films 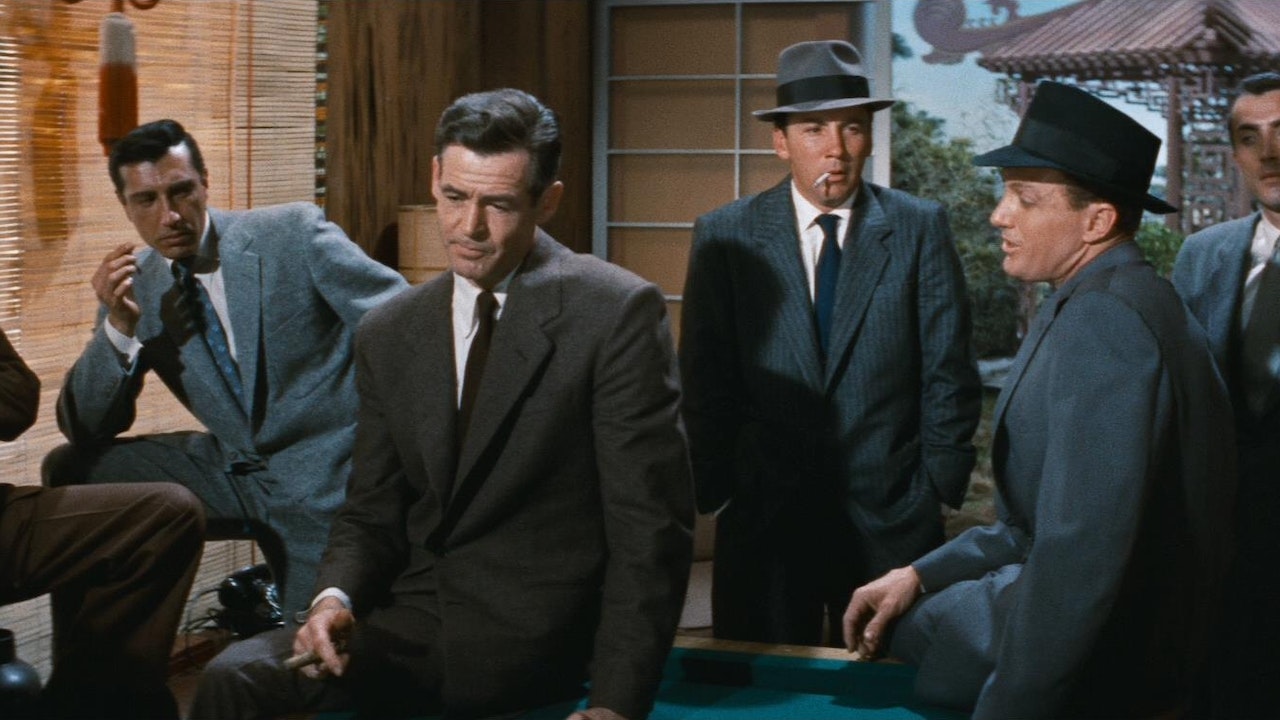