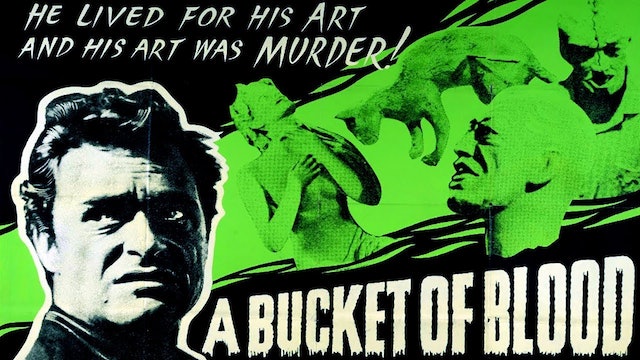 A Bucket of Blood

Comedy, Crime, by Roger Corman, United States, 1959.
Produced on a budget of $ 50,000, it was shot in five days by low-budget B movie king Roger Corman. One night, after hearing the words of Maxwell H. Brock, a poet who performs at The Yellow Door cafe, the obtuse waiter Walter Paisley returns home to try to create a sculpture of the face of the hostess Carla, but accidentally kills the cat. Instead of giving the animal a proper burial, Walter covers the cat with clay, leaving the knife stuck inside. The next morning Walter shows the cat to Carla and her boss Leonard. Carla is enthusiastic about the work and convinces Leonard to exhibit it in his bar. Walter receives praise from Will and the other beatniks in the cafe.

Food for thought
Art kills and hands real life over to immortality. What are the characters of a film, a painting or a sculpture if not non-human crystallizations, theorems and representations of people we have seen, heard, dreamed, met in real life? 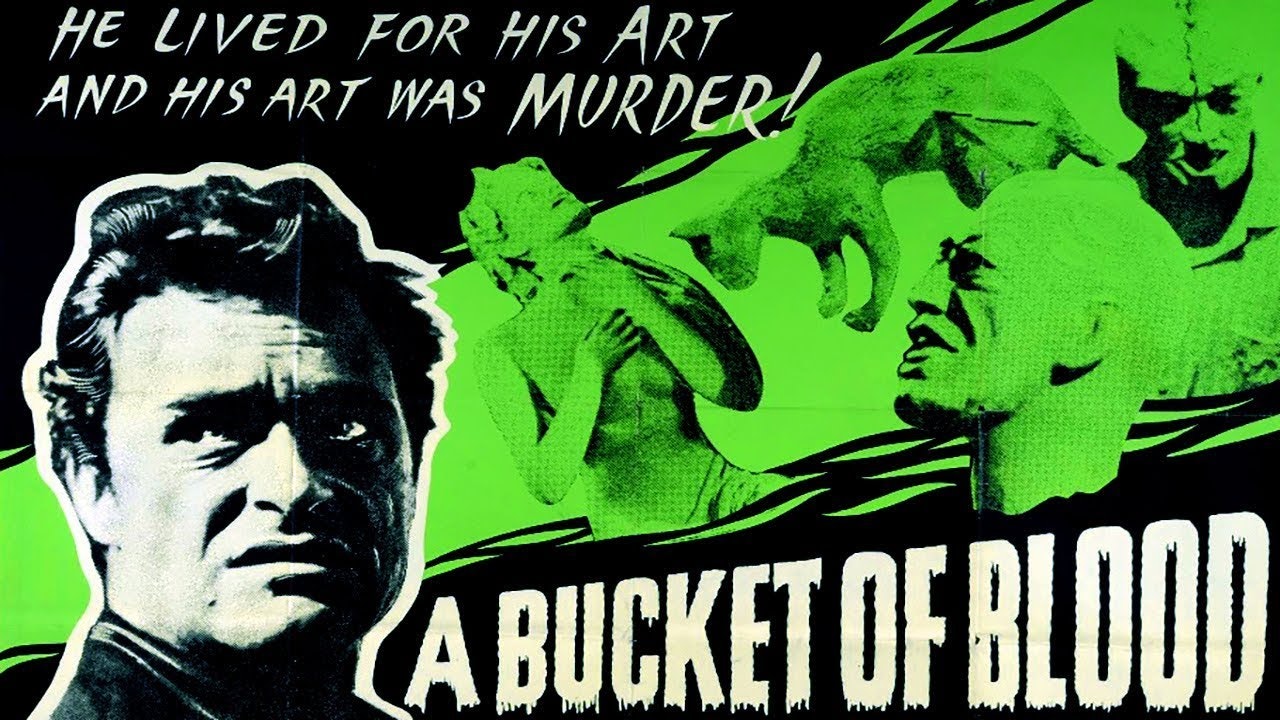