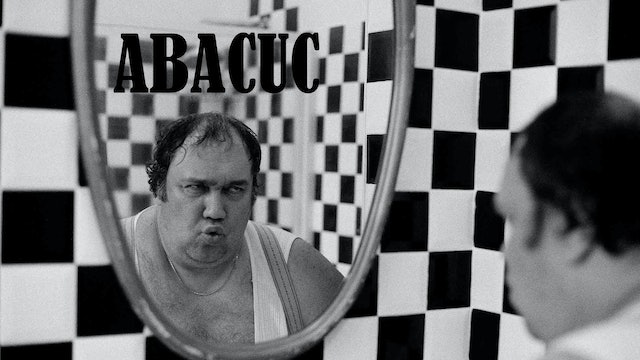 Drama, comedy, by Luca Ferri, Italy, 2014.
Abacuc is a biblical prophet who has fallen into a hopeless universe. A wandering and tormented soul that wanders relentlessly in a monstrous city. Squalid architectures oppress him, a squalor follows him everywhere, between the concrete walls or to the city park. Abacuc is a man condemned to wander in a cold and metaphysical hell, without life. A surreal film, a musical, a science fiction film, perhaps a "fake remake" of The Last Man on Earth. Abacuc is a man of almost 200 kilos, who spends his time in a stillness detached from any emotion, he mainly goes to the cemetery, to theme parks in Italy in miniature or near utopian architectures. Abacuc represents the need of the cinematographic art to self-extinguish and implode in itself. It is a challenge launched to the public in an attempt to overcome the boundaries of cinema. It is an avant-garde game that takes us back to the great films of the 1920s. Abacuc is a film built through mechanical devices that work in loops, obsessive repetitions of images that evoke death, lyric passages, artificial voices with obsessive refrains. A mysterious object in the contemporary film market. Shot in Super 8 film, with a protagonist reminiscent of the actors taken from the films of the Sicilian directors Ciprì and Maresco, Abacuc is a film made up of visual and sound fragments, almost indecipherable film editing flows.

Food for thought
Abacuc is the metaphysical odyssey of a simple spirit, an impartial observer who is lost in a city that he can no longer understand. A universe made of gears and obsessive repetitions, of empty and sad landscapes. A world where the only sensible action seems to go to the cemetery to wait for the end. Perhaps Abacuc is a soul condemned to wander in limbo, who is not yet capable of abandoning the earthly dimension? When consumption and material life is all that remains, the routine is destined to be consumed slowly and exhausted, in the repetition of actions deprived of a spiritual vision. 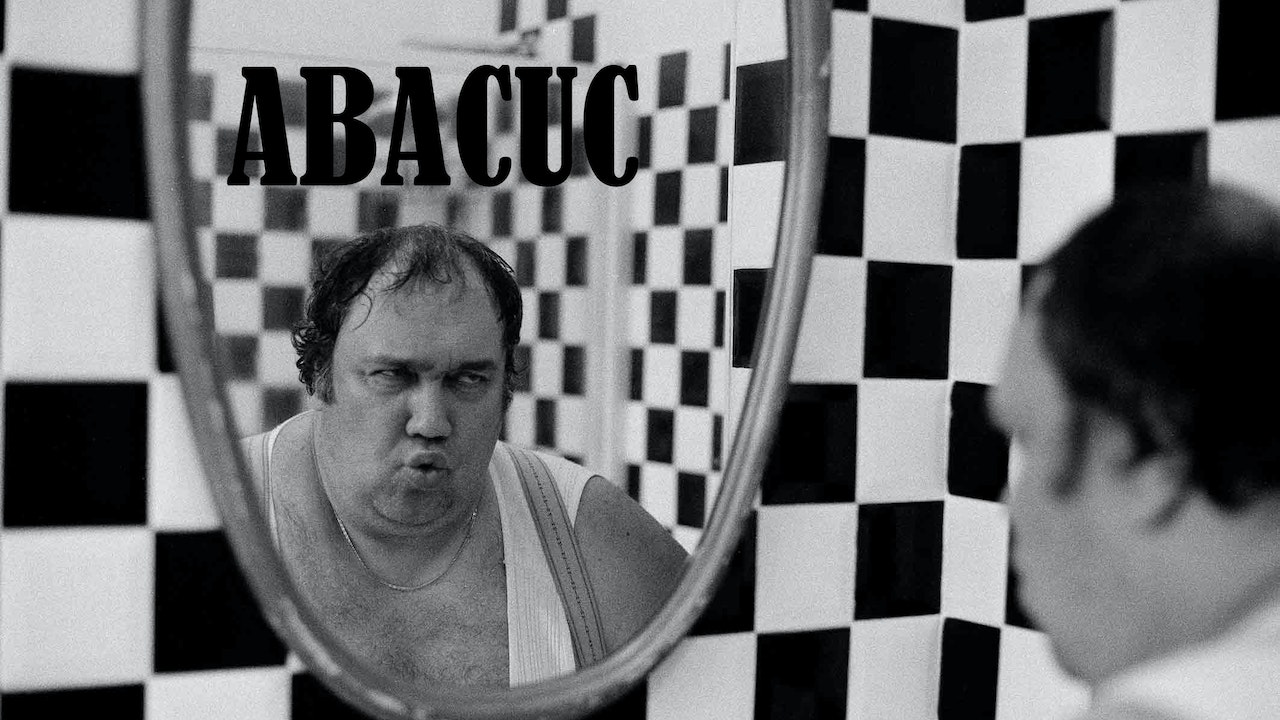