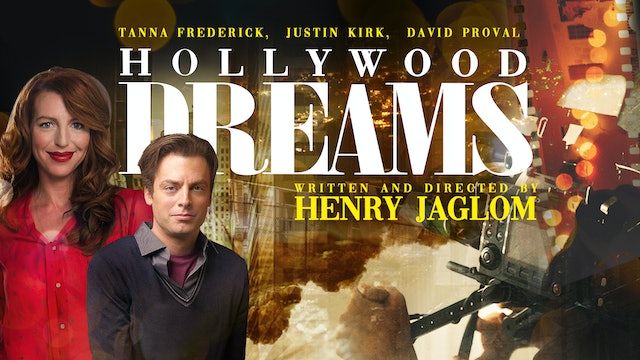 Comedy, drama, by Henry Jaglom, United States, 2007.
Aspiring actress Margie Chizek seeks stardom in Hollywood. She is rejected by the cinema scene, falls in love, discovers the deceptions behind the world of film advertising and understands her identity better than her. Saved from ruin by a kind producer, Margie manages to enter the world of the rich in Hollywood and falls in love with a young actor, who is building her career by pretending to be gay. The couple will face show business and sexual identity manipulation. Hollywood Dreams engages the audience thanks to the extraordinary performance of Tanna Frederick and her character as a tormented and emotionally unstable actress, a surprising and moving performance. The character of a fragile woman, a prisoner of false myths, at times repellent and bizarre. In the hands of the nonconformist independent director Henry Jaglom the charm of the false illusions of success is told in an exemplary and irresistible way.

The history of cinema is full of films about people making films, which can be interpreted as a universal story: everyone strives for success, recognition and fame in a competitive field. Henry Jaglom's Hollywood Dreams is a subversive film, a satire of an industry based on deception. Inspired by the productive freedom and improvisation of the actors of John Cassavetes' independent cinema, more rigorous and exciting than Henry Jaglom's other films, Hollywood Dreams focuses on a smiling actress who suddenly becomes famous. The director, in his fifteenth film, becomes more melancholy, and takes a journey between cinematic memories and gender identity confusion. The style is always the realistic one, almost a documentary, of other Jaglom films. One of the best known American independent directors in a nostalgic mood, reflecting on the negative aspects of fame and success.