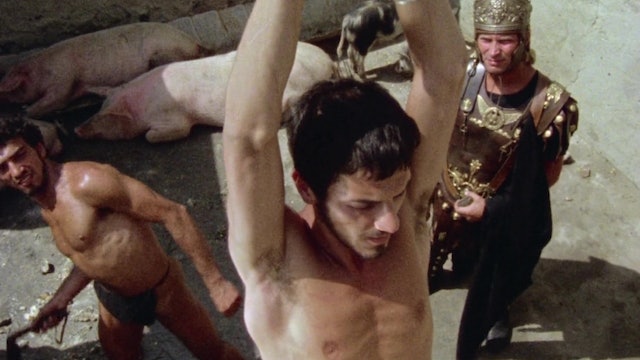 Drama, history, by Derek Jarman, United Kingdom, 1976.
In the third century A.D. Sebastiano is a member of the personal guard of the Emperor Diocletian. When he tries to intervene to prevent one of the Emperor's catamites from being strangled by one of his bodyguards, Sebastian is exiled to a remote coastal garrison and downgraded. Although thought to be an early Christian, Sebastian is a worshiper of the Roman sun god Phoebus Apollo and sublimates his desire for his male companions in the worship of his divinity and pacifism. Independent historical film based on an apocryphal version of the life of Saint Sebastian widespread in the gay community, shot with the dialogues in Latin. Derek Jarman recounts the events of St. Sebastian's life, including his martyrdom with arrows. Controversial film for the homoeroticism portrayed among the soldiers and for the dialogues entirely in Latin. images of physical intimacy between men, shown in total nudity (which was still rare and very transgressive at the time) and even while flirting, in deliberately romantic and lyrical scenes, but also very sensual. Scandal film, cut and forbidden to minors under the age of 18 on its release in cinemas in 1977 due to nudity and the presence of homosexual relations between Roman soldiers. This is the full version.

There are two types of people. The majority follow traditions, society, the state. Orthodox people, conventional people, conformists - they follow the crowd, they are not free. And then there are some rebellious spirits. Outcasts, artists, painters, musicians, poets; They think they live in freedom, but this is not the case. Only by rebelling against traditions do you not become free. Freedom is only possible with awareness. If you don't turn unawareness into awareness, there is no freedom. 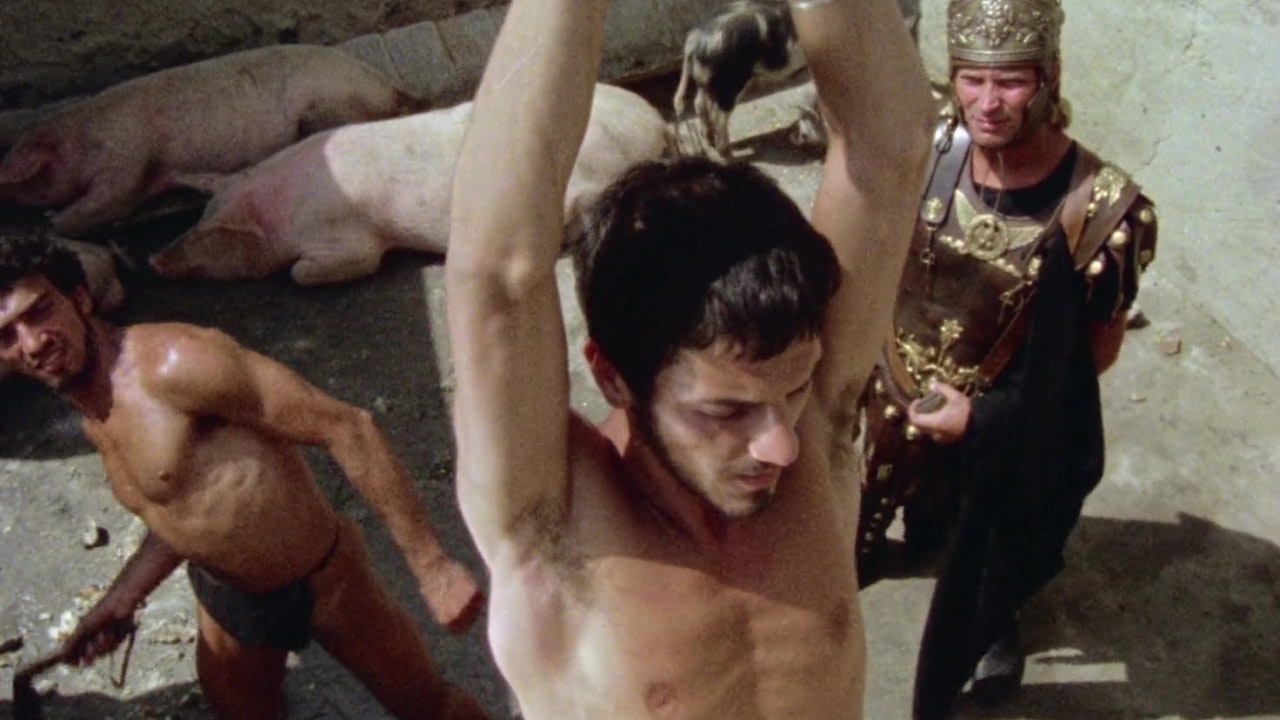