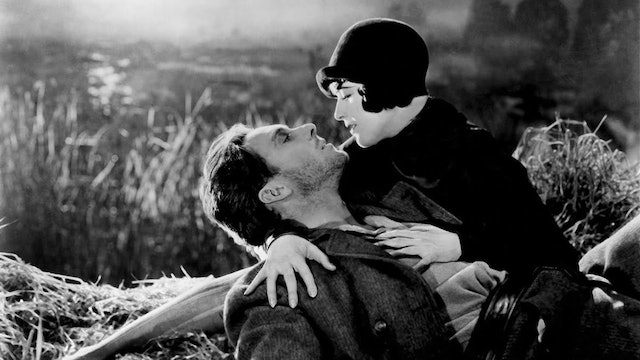 Sunrise: A Song of Two Humans

Drama, romance, noir, by Friedrich Wilhelm Murnau, United States, 1927
A big-city woman on vacation (Margaret Livingston) stays in a small lakeside town. After dark she goes to a farm where the man (George O'Brien) and his wife (Janet Gaynor) are looking after their child. She calls to the man from the fence outside. The man is undecided, but finally walks away, leaving his other wife alone. The man and also the woman meet in the moonlight and kiss passionately. She wants him to sell her farm to go with her to the city. When she suggests that he solve her wife problem by drowning her, he attempts to violently strangle her, but then completely changes his attitude towards her. When the man and her wife leave for a boat trip on the lake, he prepares to throw her into the water. But when she begs for her mercy, he realizes he can't do it. The man rows frantically for shore, and when the boat comes ashore, his wife flees in a panic.

Sunrise: A Song of Two Humans, directed by German director FW Murnau in his American film debut is based on Carl Mayer's short story "The Excursion to Tilsit", released in 1917.
Murnau chose to use the new Fox Movietone sound system, making Aurora one of the very first feature films with a synchronized soundtrack and sound effects. Janet Gaynor won the first Academy Award for Best Actress in a Leading Role for her portrayal in the film. The film is now commonly regarded as a masterpiece, among the best films ever made. Many have called it the greatest film of the silent film age. Murnau, master of expressionist cinema, was invited by William Fox to make an expressionist film in Hollywood. The film's language and photography are revolutionary: elegant tracking shots, long sequences of pure action without dialogue in Murnau's signature style. The characters remain nameless, creating the perception of a universal story. 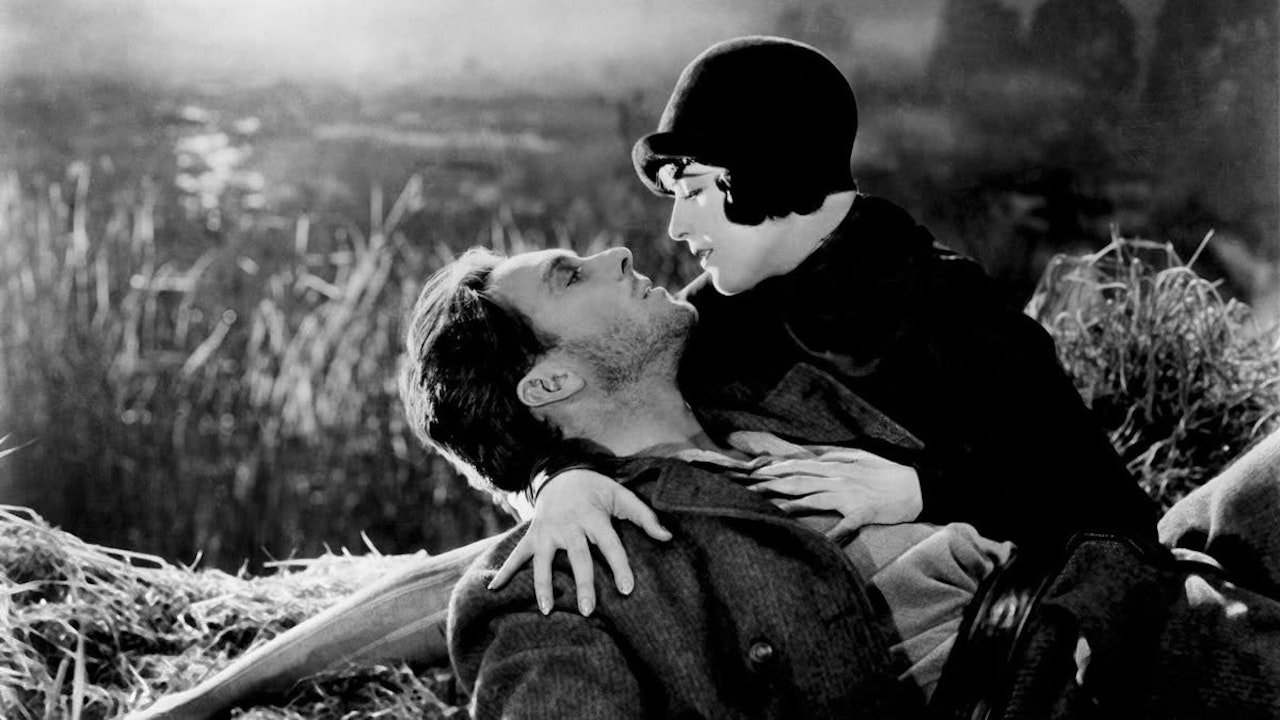