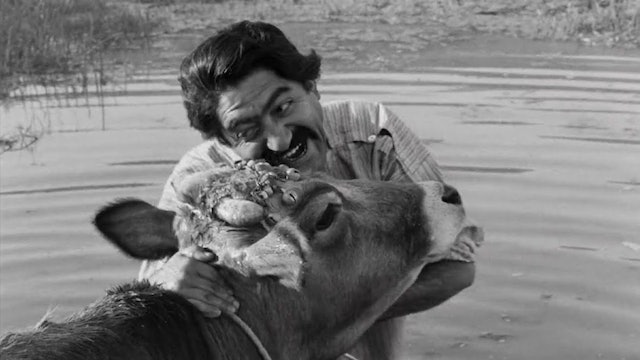 Drama, by Dariush Mehrjui, Iran, 1969.
Based on the play by Gholam-Hossein Saedi, probably inspired by an Iranian legend that Prince Buyid Majd ad-Dawla considered himself a cow. Hassan loves his only cow more than anything else, a source of sustenance. When he leaves the village for a short time, his wife finds the dead cow in the stable. The villagers fear Hassan's reaction and to avoid the regret of the loss of his beloved cow, they hide the animal's body in a well. When Hassan returns and does not find the cow, he slowly begins to lose his mind, to the point of going mad and believing that he is the cow himself. He closes himself to live in the stable by eating hay. His wife and friends from the village try to help him regain his sanity. Acute criticism of the sense of possession and ownership that leads man to alienation and the loss of his identity, The Cow by Dariush Mehrjui is the first film of the Iranian New Wave. Shot in a remote and poor village in the Iranian countryside where superstition and the religious perception of evil dominate, personified throughout the story also by the almost ghostly presence of enemy invaders, the film is a dramatic metaphor of man's dependence on his means of sustenance.

Food for thought
When a man cuts his roots with his true self, when he is dependent on his society, religion, state, property, he becomes an alienated individual. He realizes that he no longer has roots, loses all security, all support and can fall into a black hole. All his knowledge, all his respectability was not his, had been borrowed. At that point he may believe he owns nothing. If one day someone tells him that the thing he loved more than anything else in the world is no longer there, he could go mad. Madness is the fear of the unknown. 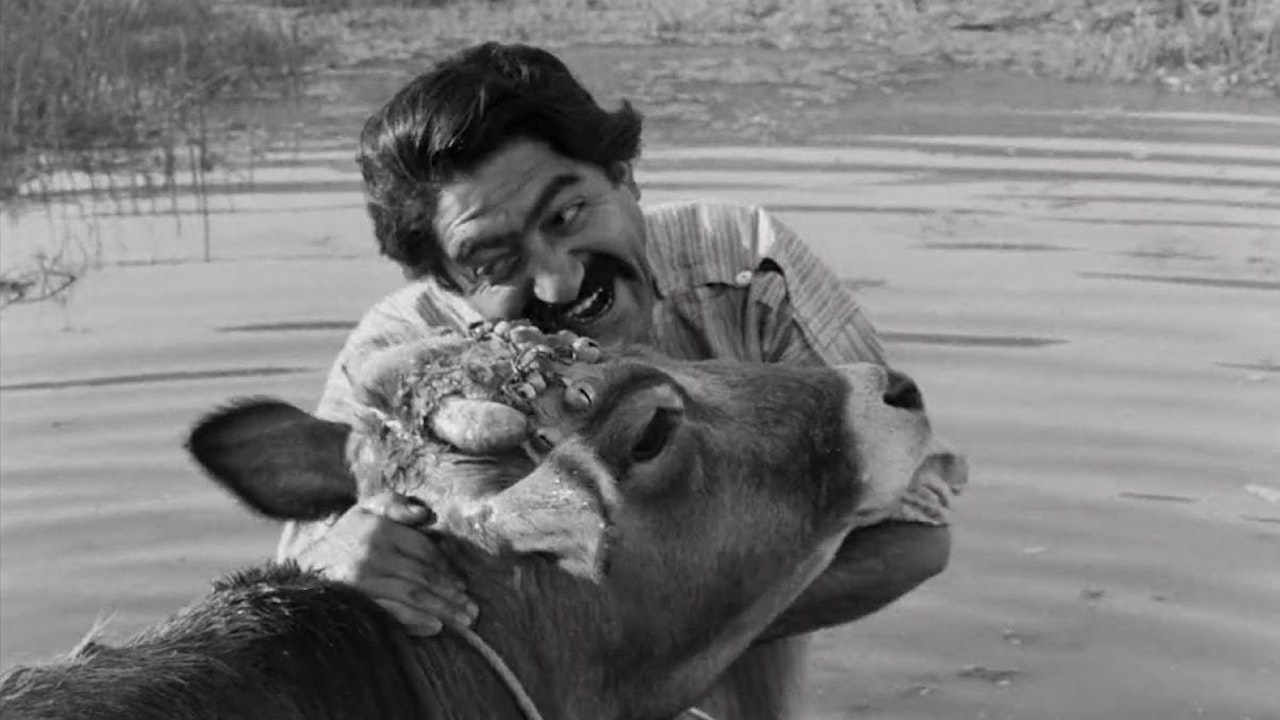