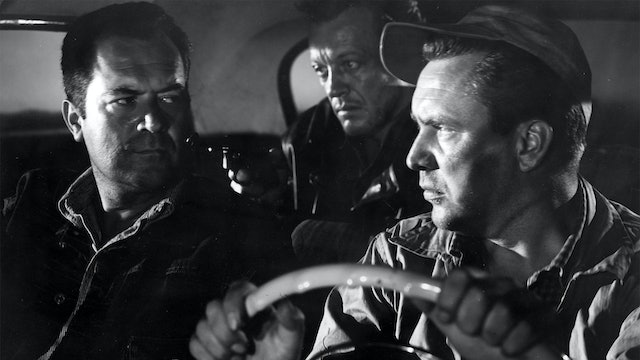 Thriller, Noir, by Ida Lupino, United States, 1953.
Two friends, Roy Collins (O'Brien) and Gilbert Bowen (Lovejoy) are driving to go fishing in the Mexican Gulf of California city of San Felipe. Just south of Mexicali, they give a ride to a hitchhiker, Myers, who draws a weapon and takes them hostage. Myers forces them to travel for days on dirt roads to the Baja California peninsula to Santa Rosalía, where he intends to take a ferry across the Gulf of California to Guaymas to lose track of him. The criminal terrifies and humiliates the two men. One night during their only attempt to escape, Collins injured his ankle. Meanwhile, authorities in the United States and Mexico are hunting Myers.

Shot in the desert of the southwestern United States, between wild places and small towns, the film is based on a true story: the murderous madness of Billy Cook, who in 1950 killed a family of five and a traveling salesman. Ida Lupino was a famous actress and had the opportunity to direct the film when director Elmer Clifton fell ill. The production company founded by Ida Lupino and her husband Collier Young "The Filmmakers" was created to make low-budget independent films. The director spoke to the two men that Billy Cook had imprisoned and received insights from both them and Cook himself, so that she could integrate real parts of Cook's life into the script. An exemplary film for the economy of means: three skilled actors, harsh landscapes, the talent of producers, screenwriters and director. A typically "masculine" film directed with audacity by a woman, very successful in its raw and noir atmosphere, in which the director never relaxes the tension for a minute. His level of psychological sensitivity towards the characters is ahead of its time. Tense, demanding and completely devoid of masculine glorifications, it is a jewel, with splendid interpretations of its 3 protagonists. 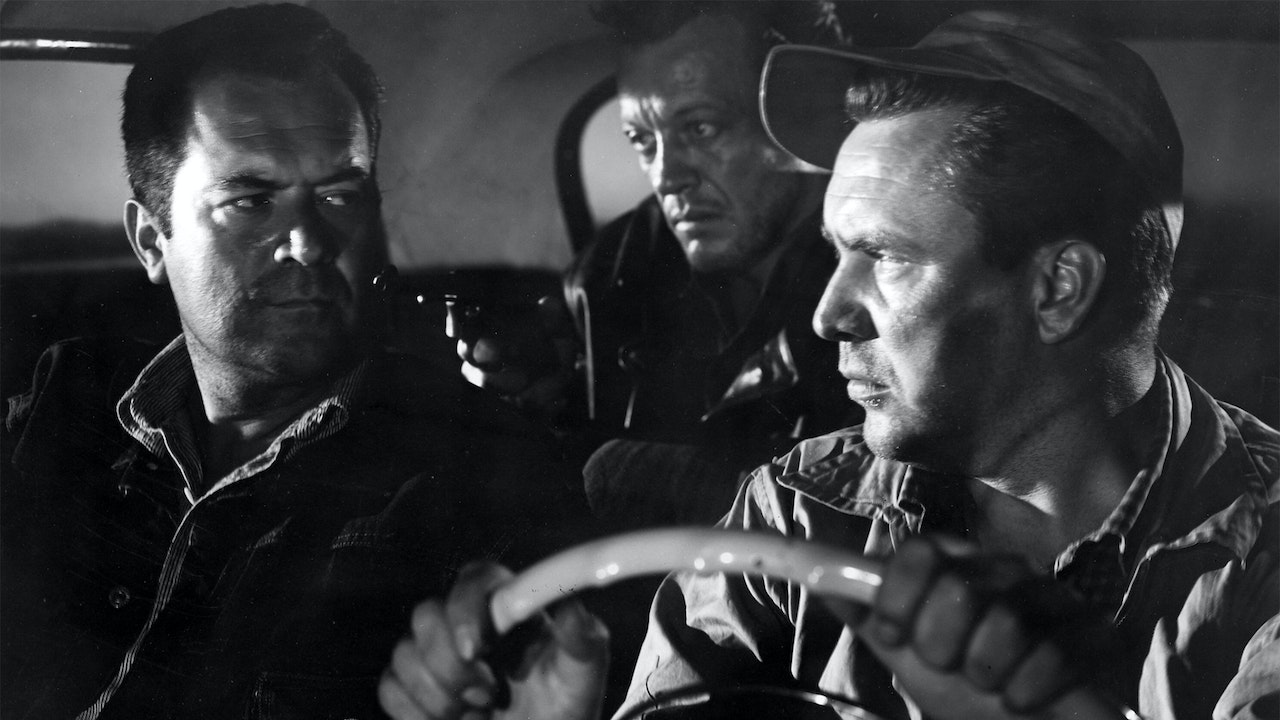