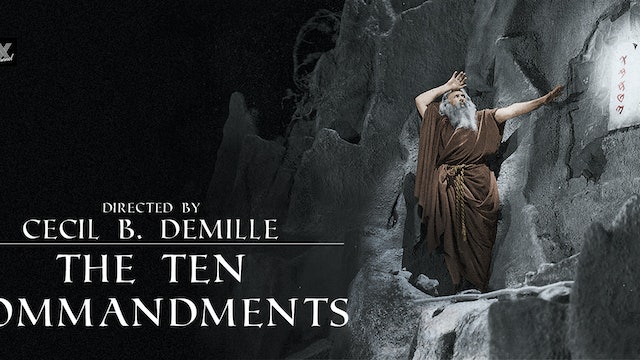 Drama, History, by Cecil B. De Mille, United States, 1923.
Classic of silent cinema is the first version of "The Ten Commandments" directed and produced by Cecil B. De Mille. A film that, for the time, was a colossal of enormous proportions. De Mille spent $ 1.4 million building an Egyptian town near Guadalupe, California. Colossal statues, pyramids, temples and other constructions represented a real marvel of cinematic fiction. To prevent such a rich set from being used by other directors, De Mille preferred to destroy everything at the end of the shooting.